Man from Hong Kong, the Groundbreaking Film Broken Down this Saturday, – 36 Cinema Skip to content
Cart 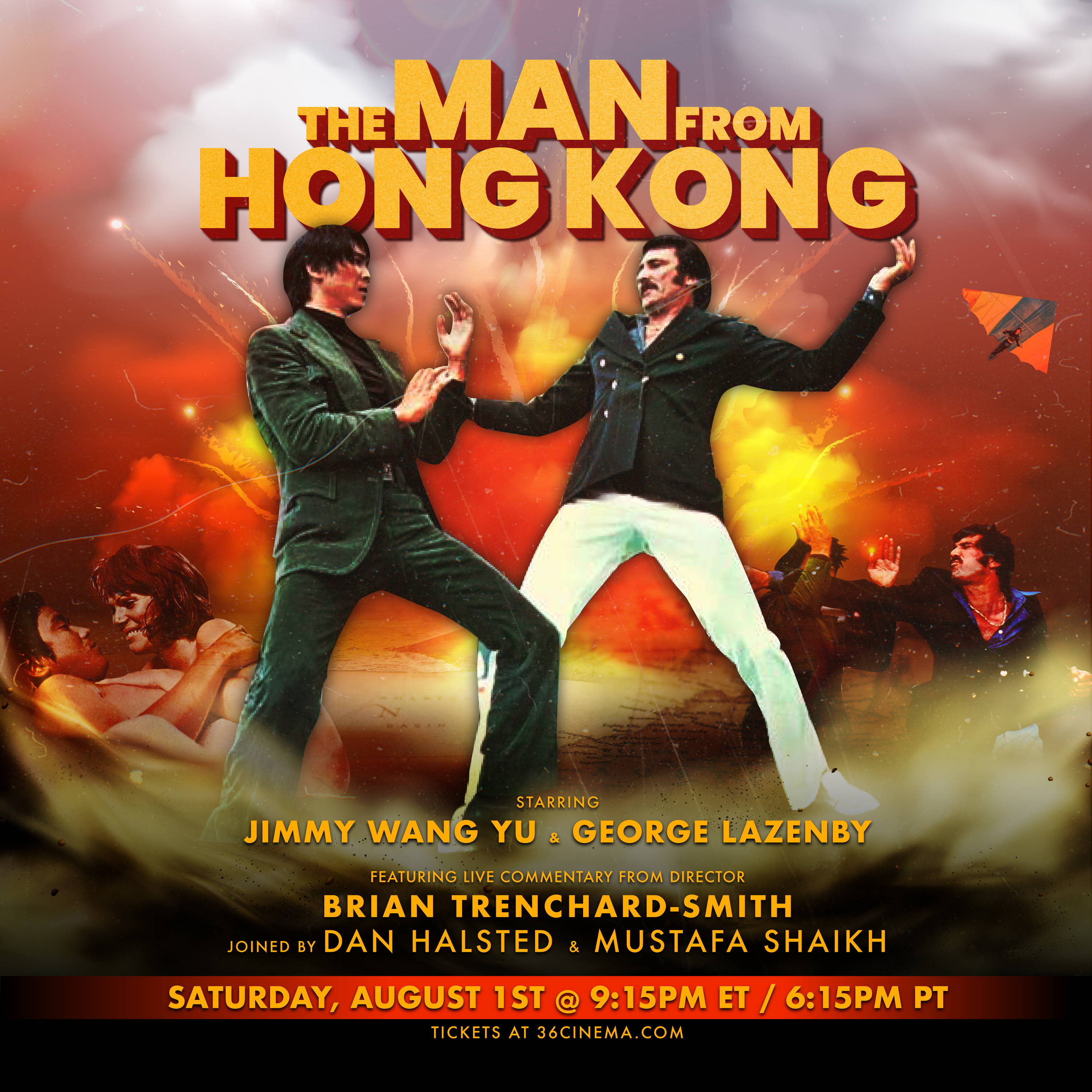 This Saturday, August 1, 36 Cinema returns for the screening of the groundbreaking action film, The Man from Hong Kong, co-hosted by returning host, Dan Halsted, along with director, Brian Trenchard-Smith. BTS, as he is known, both wrote and directed this film as his directorial debut and is widely known as one of Quentin Tarrentino’s favorite directors.

Also known for his roles in One-Armed Swordsman and The Chinese Boxer, Jimmy Wang Yu has gone down in history as one of martial arts’ biggest stars. Over the course of his career, Wang acted in more than 70 films that spanned more than two decades, undeniably leaving an indelible mark on the history of martial arts film.

George Lazenby, Australian actor, model and martial artist, also left his mark on the acting and martial arts worlds as the second actor to portray the heroic James Bond in 1969. He later moved to Hong Kong in 1973 to appear in Bruce Lee’s film Game of Death

Although met with mixed reviews upon its release, The Man from Hong Kong undoubtedly has gone down in history as the first international co-production between China and Australia. Join us on Saturday, August 1 at 9:15 EST for the screening of this hypnotizing martial arts film. You can still pick up your ticket here: https://cinema.36chambers.com to watch the movie along with Dan Halsted and Brian Trenchard-Smith.